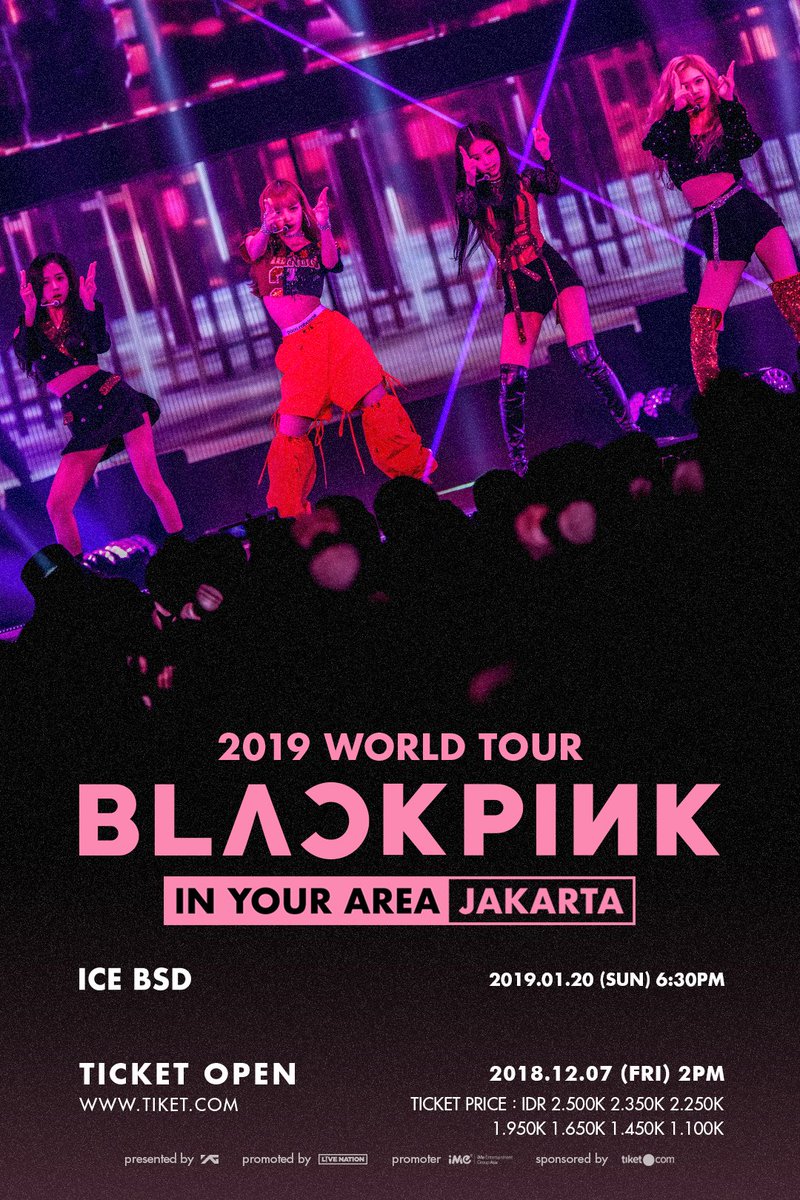 BLACKPINK has been taking Asia by storm with their hit song, Ddu-Du Ddu-Du; BLINKs, their fans, all over the world are waiting for the BLACKPINK [IN YOUR AREA] World Tour. Indonesian BLINKs get the chance to witness the grand concert with live band performance early January 2019. This will mark the start of a series of K-Pop concerts in Indonesia. 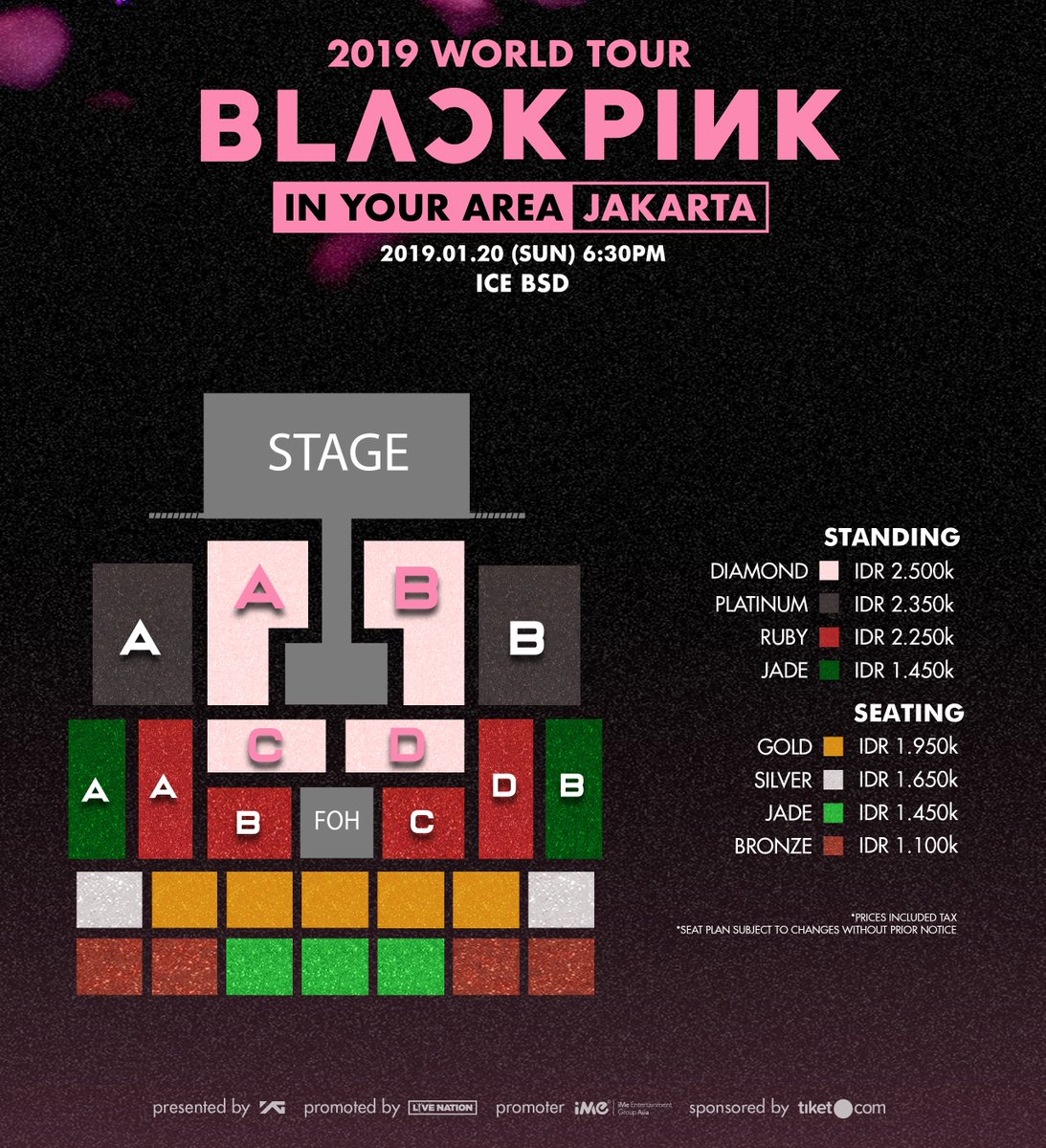 The concert will be held in Indonesia Convention Exhibition BSD (ICE BSD) on Sunday, 20 January 2019. Tiket.com, the main sponsor and official sole ticketing partner will start the sales of the tickets on 7 December 2018. Having been handling big K-Pop concerts’ ticketing like BIGBANG, Girls Generation, Super Junior and BTS since 2013, Tiket.com expresses their excitement to be part of this phenomenal girl group’s World Tour as they provide 7 categories of tickets: Diamond, Platinum, Ruby, Jade, Gold, Silver and Bronze, ranging from 1.1 to 2.5 million Rupiah. Details of ticket price at IME Facebook Page, you can also get BLINK Special Packages of Soundcheck and Send-Off here. 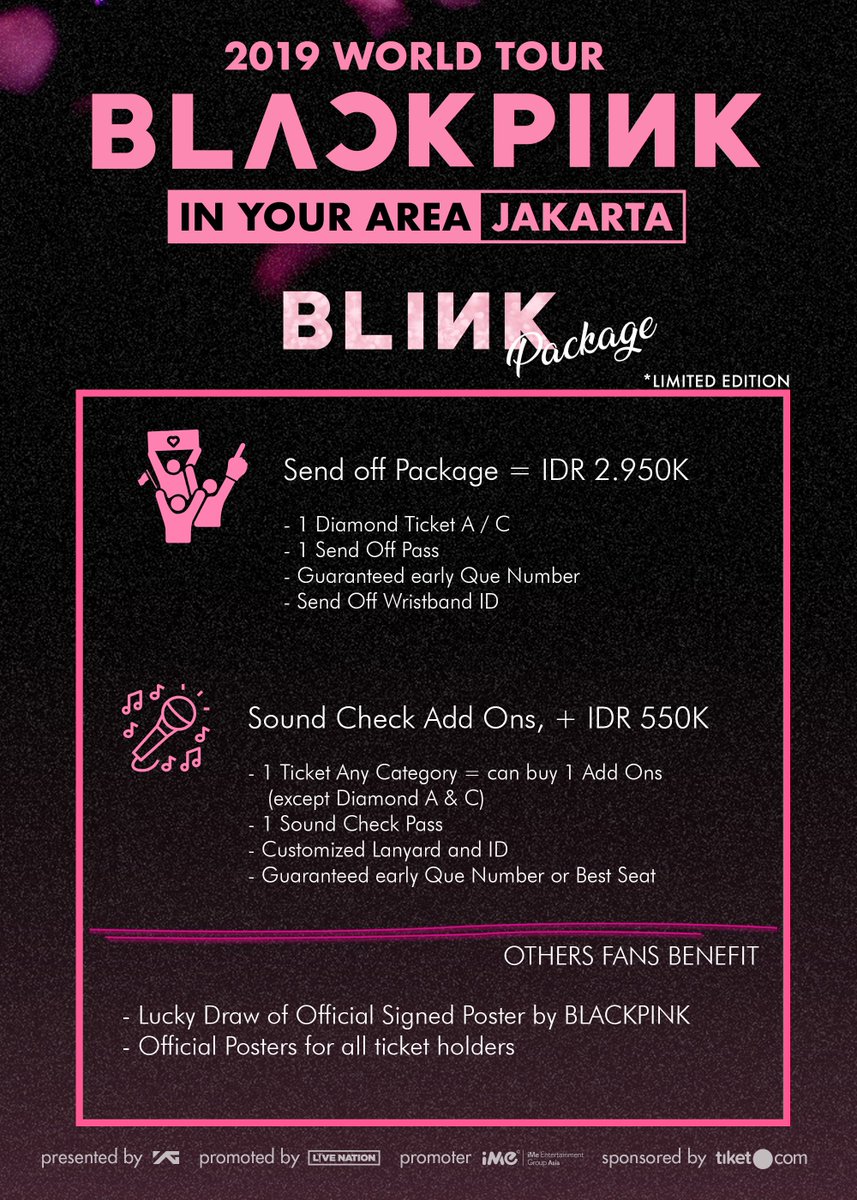 IME Indonesia as the promoter of the concert is convinced that the enthusiasm of Indonesian BLINKs will be over the top for this most awaited concert that will deliver spectacular stage performance. BLACKPINK does not stop at [IN YOUR AREA: JAKARTA], they will go on a world tour in Bangkok, Hong Kong, Manila, Singapore, Kuala Lumpur and Taipei.

BLINKs, grab your ticket fast! Or you can join ticket giveaway competition on Tiket.com’s official Instagram. See you on BLACKPINK [IN YOUR AREA: JAKARTA]!