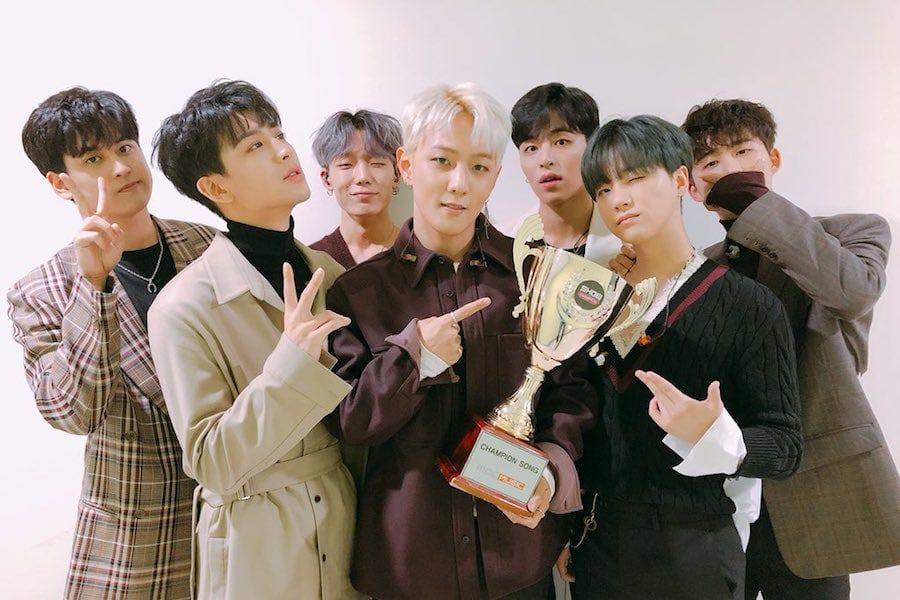 iKON is currently walking through the flowery road as opposed to the title of their latest track, “Goodbye Road.” Around two weeks after the song has been released, the group has already received a total of three wins for their song.

On Show Champion’s October 10 episode, iKON competed against other nominees (Lim Chang Jung, Oh My Girl, GOT7, and Cosmic Girls) for the first place and ended up having their first win for “Goodbye Road.” Although the members weren’t able to personally accept their trophy due to conflicting schedules, they delivered a video message to their fans showing their appreciation for the support.

On M Countdown’s October 11 episode, iKON’s “Goodbye Road” and Cosmic Girls’ “Save Me, Save You” were nominated for the first place and iKON eventually grabbed their second win. The group recently received their third win for “Goodbye Road” on Music Bank’s October 12 episode. They won against Lim Chang Jung’s “There Hasn’t Been A Day I Haven’t Loved You.”

Aside from the back to back wins, iKON’s mini album “New Kids: The Final” has debuted on the Billboard’s World Albums chart (for the 2nd week of October) at No. 5 with their title track “Goodbye Road.” Congratulations!